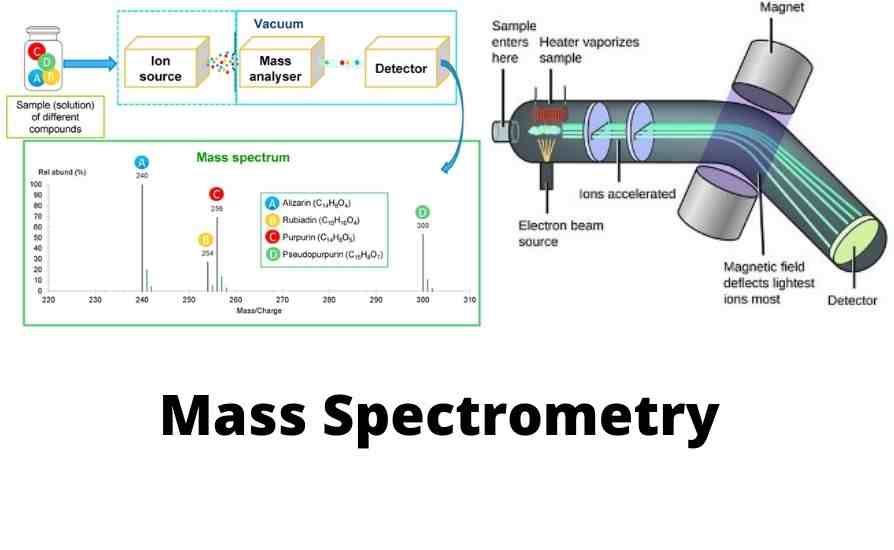 German physicist Wilhelm Wien laid the groundwork of mass spectroscopy in 1898 when he observed that a magnetic field could deflect beams of charged particles. British physicist J.J. Thomson from 1907 to 1913 undertook more elaborated experiments on the discovery of Wilhelm Wien and successfully passed a beam of positively charged ions through a combination of an electrostatic and magnetic field. The origin of the first mass spectrometer can be related to this period. In 1912 J.J. Thomson built the first mass spectrometer. At that time, J.J. Thomson was already famous for his discovery of the electron in 1897. Initially, a mass spectrometer was called a parabola spectrograph. Back then using mass spectrometer J.J. Thomson was able to unearth the very first proof of the existence of nonradioactive isotopes. Since its inception, mass spectrometry has in effect developed into a universal research apparatus delivering plenty of scientific accomplishments including isotope discovery, atomic weight determination, characterization of elements, molecular structure characterization. For much of the 20th-century, mass spectrometer undoubtedly emerged as the most valuable and complex type of instrument for many areas of science and industry. Though the educated public class somewhat remained unfamiliar with mass spectrometer technology.

There are five basic components of mass spectroscopes, namely:

Each component of a mass spectroscope can be briefly explained as following.

Mass spectrometer works by producing ions from atoms/single molecules then accelerating them through a composite of an electric and magnetic field to the detector. An inert environment is needed to allow ions to fly freely through a noiseless environment. Very low pressure or high vacuum creates an air-free environment reducing noises from volatile compounds in the air. If there are many other atoms/molecules in the flight path, they would collide with ions causing the ions to react, fragment, neutralize, or scatter. In this case, the presence of a high vacuum minimizes the possibility of collision with ions. Hence mass spectrometer will have higher sensitivity.

A sample introduction system is needed to inject the samples to be investigated (the analyte) into the ion source in a high vacuum environment.

The ion source is the part that produces charged particles or gaseous ions from the material under analysis by bombarding it with electrons, for example. Due to electron bombardment, some molecules may even break into charged fragments. Then the produced ions are guided to the analyzer through a combination of electric and magnetic fields.

There are several ionization methods available for mass spectrometry, each one suitable for different types of samples. They can be divided into three umbrella groups gas-phase ionization, desorption ionization, and spray ionization. Each could be further divided as follows.

A mass analyzer is also called a mass filter. It is at the heart of any mass spectrometer. Mass analyzer separates gas-phase molecular ions and their fragments according to ion velocity, mass, and/or mass-to-charge (m/z) ratios by accelerating them and subjecting them through a combined electric and magnetic field. Separated ions are then driven towards the detector for detection and subsequently converted into a digital signal for processing in a data system.

Then the ions and fragments that outlive the journey through the analyzer are focused onto a detector for detection. There are several types of detectors that mass spectrometers use, such as Photoplate detector, Faraday detector, Electron multiplier detector (EM). Among the early detectors are the Daly detector, Cyrodetector, Focal-plane array detector. However, electron multiplier (EM) detectors are the most commonly used ion detectors in modern mass spectrometers because they can produce exceptionally high gain with minimum noise.

There Are Different Types of Mass Analyzers Used In Mass Spectrometers

Here we put forth our humble effort to briefly discuss the working principle for each type of mass analyzer.

As the name indicates, a Time-of-flight (TOF) mass analyzer separates ions according to the time it takes for ions to travel down a fixed-length “flight tube” before reaching the detector. According to physics law, lighter ions will travel faster and reach the detector first while heavier ions will travel slower and reach the detector last. Then based on the flight time of ions, Time-of-flight mass spectrometers (TOF-MS) calculate the mass-to-charge ratio (m/z) of ions. At first, Hammer in 1911 capitalized on the idea of calculating the mass of ions based on the time ions take to travel a fixed distance. Later, in 1946 W. E. Stephans solidified the use of Time-of-flight mass spectrometers (TOFMS). Finally, in 1948 A. E. Cameron and D. F. Eggers developed a modern TOFMS with all core components. TOF-MS instruments usually have high ion transmission efficiency, fast data acquisition rate, fast mass scan rate, very low detection limit. Most of the TOFMS instruments employ multichannel plate detectors (MCP), which are highly sensitive having response times in the range of < 1 ns. Time-of-flight mass spectrometers (TOF-MS) can be constructed in a variety of forms such as single-stage TOFMS, multi-stage TOF/TOFMS, hybrid quadrupole-TOFMS (QTOFMS). Both TOF/TOF-MS and QTOFMS variants function as MS/MS.

Ion trap mass analyzer consists of an ion trapping space surrounded by multiple electrodes. Radiofrequency (RF) voltage and DC voltages generate a trapping electric field that traps ions within the trapping space.
Ion trap mass analyzer can manipulate and store ions through multiple processes such as isolation, fragmentation. A trap might have one or more outlets for the ejection of ions. After exiting the trap ions are driven towards the detector according to their mass-to-charge ratio (m/z). Ion trap mass spectrometers can perform multi-staged MS, which is a major advantage. Multistage MS can provide valuable ionic structure information. Ion trap mass analyzers can have various architectures such as linear ion trap (2-D trap), 3-D ion trap, electrostatic trap (Orbitrap), the magnetic field-based trap also referred to as ion cyclotron resonance (ICR). One of the striking features of ion trap mass spectrometers is that they easily integrate with other technologies such as GC and LC.

The efforts of legendary Nobel Prize winner Wolfgang Paul in the early 1950s led to the invention of the basics of a quadrupole ion trap (QIT) mass analyzer. He developed QIT mass analyzer simultaneously with a quadrupole mass analyzer. QIT mass analyzer acts as a 3-D ion storage device that may dynamically store or confine charged particles, or gaseous ions for a long time. It incorporates three hyperbolic electrodes: a ring electrode and two endcap electrodes at the entrance and exit. When appropriate voltages are applied to these three electrodes, they cause the formation of a cavity of trapping potential, which can trap ions. Radiofrequency (RF) voltages are to the ring electrodes producing a 3D quadrupole electric field within the trapping space. The trapping potential switches at radio frequency (RF) due to that the trap is also referred to as "radio frequency" traps. The quadrupolar field constantly oscillates the trapped ions. The motion of the oscillating ions depends on the voltages applied and their respective mass-to-charge (m/z) ratios. When ion-trapping voltages are modified, ions are ejected mass-selectively in increasing order of their m/z from the cavity of trapping potential through the endcap. The flood of ions is then directed to strike a detector which generates a mass spectrum. The principle of trapping and ejection makes quadrupole ion trap (QIT) mass analyzers fitting to perform multi-stage mass spectrometry (MSn). Due to their selectivity, high sensitivity, multistage MS (MSn) capability and compact size QIT mass spectrometers are convenient tools for a wide range of applications.

Resolution (Resolving power)- In mass spectrometry, the resolution is defined as the ability of a mass analyzer to differentiate between ions that have different mass-to-charge ratios (m/z). Hence higher resolution indicates enhanced ability to distinguish between ions. Definition of resolution commonly expressed as the following equation: Resolution = M/ΔM, where M stands for m/z and ΔM stands for “full width at half maximum (FWHM)”.

Mass accuracy- The accuracy of a mass analyzer is defined as the ability to produce precise m/z information. Accuracy to a large extent is directly related to resolution and stability.

Mass Spectrometers Easily Combine With Other Analytical Techniques. Here Are a Few Examples of Them.

Mass spectrometry is playing a crucial role in present-day scientific advancements such as studies of surface phenomena, international non-invasive monitoring of nuclear facilities, and astronomical research of solar systems.