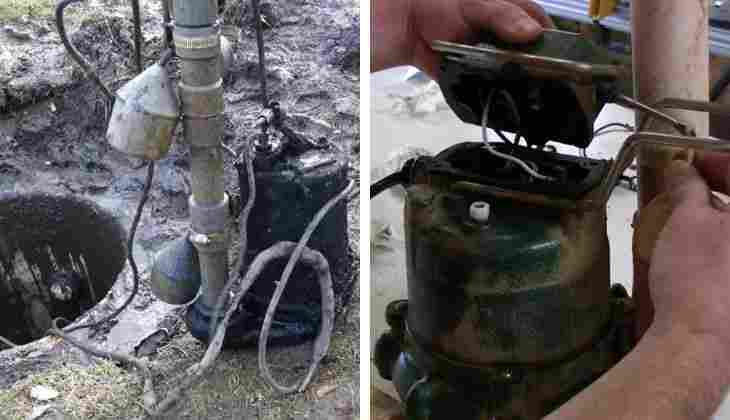 A sump pump is a vital household apparatus. It removes water from the basement of premises, including storm water, rising groundwater, air conditioner condensations, exhaust water of washing machines, and the like. It implies that a sump pump is critical to prevent disastrous flooding of a facility, and damage to the foundation & property, saving costly restoration. So, one would want to see one's sump pump always ready to go without failure.

Periodically conducting the following inspections and tests will help keep a sump pump in proper functioning state around the clock.

There are two ways to verify that the float switch is working. One is to fill the sump basin with water which raises the float switch causing the sump pump to activate. Another way is to lift the float arm manually without water up to a height when the pump turns on. In both cases, if the pump doesn't switch on even after the float reaches enough height, then a defective float switch might be the reason. A continuity test on the wire leads of the float switch will confirm whether it is intact or has broken. While testing without water, one should not allow the pump to run for longer than a few seconds. Without a water load, the motor will run at a higher speed than usual, causing it to overheat and reducing the motor's lifetime.

Connecting a sump pump to a Ground Fault Circuit Interrupter (GFCI) outlet or GFI is safer. GFCI is an automatic electrical circuit breaker that provides a personal safeguard against electrocution or electrical shock, especially in wet areas. A GFCI detects ground faults or leakage currents and instantly shuts off electric power. To test the sump pump electrically, plug off the device and plug it in to check if it turns on. Alternatively, plugging in small household devices can be used to test the power outlet.

As an additional precaution, it is preferable to have a battery backup pump that will supplement the primary sump pump when it fails, for example, during a power outage.

Also Read: What Does A Sump Pump Switch Do – The Best Types

There are several ways to know about the effects of corrosion on a sump pump. The simplest one is to perform a visual inspection. To look for erosion visually, one needs to turn off and disassemble the pump. However, it is not possible to visually see cracks caused by stress.

Another way is to measure the thickness of a component of the pump by ultrasonic measurement technique. It will reveal any loss of thickness because of corrosion.

Inspect for Silt Deposit & Debris Inside The Pump:

Water that reaches a sump pit carries dirt, particle, debris, and the like. Even wastewater from a washing machine contains fine particles, which inevitably enter the sump basin if the washing machine drains into it. As a sump pump pumps water out, all of the particles are not flushed out outside. Over time, a good portion of the particles takes hold like silts on various areas along the flow path like the impeller, vent of a submersible pump, and drain pipe. Gradually, grimes will become large deposits that might cause the sump pump to run dry and eventually burn out. Same way, debris on the impeller creates an obstacle to water flow. Performing a sump pump and pit cleaning will remove grime, sludge, silt, or material build-up.

A whole mechanical or electrical system could fail because of the failure of a single component. Similarly, a simple fault in the discharge pipe could bring the sump pump to a halt. A sump pump water exits through the discharge pipe or drainage line. So, to ensure a smooth passage of water, it is essential to keep the drain pipe free from blockage.

A blocked drain line could slow down discharge. Even in a worst-case scenario, a clogged drain line could cause zero discharge. Therefore, a blocked drain pipe could potentially cause flooding in the basement. A few causes for blockage are wood pieces or plant roots stuck in the line. Freezing inside the line during winter is another possible reason.

A leak or a crack on the check valve is another drain pipe fault that has the potential of failing the sump pump. As the water level in a sump basin fall, the float switch turns the pump off. A check valve prevents water in the discharge line from returning to the basin. A faulty check valve will allow water to drain back into the sump basin. As a result, the pump will alternatively turn on and off too frequently for a long time. Such quick cycling will overheat the motor, significantly reducing the motor's lifetime. Also, a continuously running pump will increase power consumption and eventually burns out.

It takes a few easy steps to remove blockages from and clean the drainpipe to restore normalcy to the exit line. Grab some domestic-use items such as a wet/dry vacuum cleaner, screwdriver set, hose pipe, a jar, a plumber's snake, a debris scraper tool, and the like.