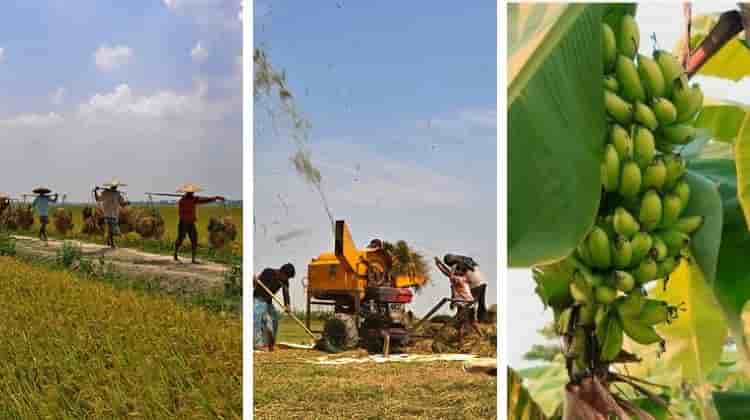 Many of our prominent leaders are making their way into the banking business which might turn detrimental to Bangladesh's economic security and interests. Any reckless decision in this regard will make the country’s economy suffer for a longer-term. Also, it might set precedent for any future political interference in the state’s routine economic affairs. In fact, any decision that a government makes should only mean to serve the collective interests of the state. If we can separate the state’s judiciary from its executive branch we should also be able to separate its economic affairs from its politics. Politicians proved their imprudence many times in the past and we are not seeing any good sign of showing prudence soon. There is a real need for political leadership to reform their way of running the country and of course their very way of doing politics. The continuous modest progress that Bangladesh economy has been making is only being possible due to the invincible determination and hard work of the people.

Bangladesh government should not ignore the country’s agriculture sector otherwise it might inflict permanent damage to the fundamentals of the agriculture-based economy of the country. Then it will take years or even decades to put an efficient agriculture economy system back into order. Bangladesh agriculture sector is the lifeline of the country’s rural economy while farmers are the driver of the agriculture sector. Disturbing the agriculture economy by showing negligence to the interests of farmers would also result in a severe disorder in the socio-economic stability of the country due to its ripple effect on other social systems. There is no way but to developing an efficient marketing mechanism for agriculture produces whereby ensuring fair prices for farmers. To do so, at first the government should take steps to rid the agro-economy from the clutches of middlemen. The government could start by setting up cells to decide about fair prices for farm produces then coming up with a mechanism to control the free-running activities of middlemen.

The decision to feed the energy-hungry industrial sector is time befitting. But the number of industrial units selected for providing new gas connections should have been much higher than 40 since there are hundreds of applications pending for nearly two years. The country has had to spend two years without providing any new gas connections to new industrial units, this is a very dismal picture for the country’s industrial sector which would serve as a discouragement for entrepreneurs also may divert prospective FDI’s to other countries. If there is a lack of confidence among investors’ community, then Bangladesh its people and economy will suffer in the long run. There is no way to ensuring energy connection for industrial investments needed to create much-needed employment and to increase export earnings. To make this possible the government has to explore various ways for ensuring future energy security ranging from working with friendly countries to initiating a robust drive to substantially increase local energy output.
Considering the hardship of the common people the government could impose some sort of restrictions on wholesale use air-conditioners.

Big energy projects are imperative for Bangladesh as a long term solution to the ever-increasing energy crisis. Along with installing a nuclear power plant, the government should also look into how coal reserves of Bangladesh can be better utilized for generating energy. It sounds disappointing that the government, after working for a long period, still could not finalize the much-needed coal policy. Due to the lack of a proper policy on the utilization of gas a significant amount of total production is being used for unproductive purposes of wholesale use of CNG in all types of vehicles. Delivering gas to households by pipe has a higher system loss and also not sustainable. Along with working on these issues, the government has to act fast and go for massive onshore and offshore exploration drive to meet the growing demands of energy.

Energy projects should not be undertaken from the perspective of fulfilling election commitments rather they should be planed and formulated to put an end to Bangladesh's long-standing energy crisis. In most cases, it seems that our policymakers are either unable to draw long term plans or are unwilling to do so. But they have to change this mindset in the interest of the country and for uplifting the economic status of Bangladesh.

Though late, it has been a realistic move by the government. Further delaying in offshore oil and gas exploration would have serious implications for the long term energy security of the country. At the same time, continuous efforts from respective government departments are necessary to enhance the terms and conditions of production sharing contracts (PSCs) in favor of securing the country’s interests. Maritime disputes with both India and Myanmar have to be pursued vigorously for their early resolution paving the way for a robust exploration drive in our designated exclusive economic zone of the Bay-of-Bengal. Resolving the issue would also encourage international oil and gas companies to take part in exploration initiatives. In addition to exploring the offshore authorities should devise a comprehensive plan to utilize the vast coal reserve of the country for power generation before being too late because by then coal may lose its relevance.

No doubt, failing to provide a guarantee for energy supply is disturbing the atmosphere for industrial investment in the country and thus dissuading many prospective foreign investors from making an investment. And due to this fact, the country is lagging behind in attaining its full potential of economic progress.

In the Bangladesh education sector, attention should be more on the lower tiers of the education system and comparatively less on higher education. Up-to higher secondary education the system has to be robust in terms of teaching, use of technology, developing time befitting curricula, having better laboratory and associate facilities and importantly, granting better facilities to teachers. In the case of higher education, the Bangladesh government doesn’t essentially need any huge expansion. Rather, if the qualities of the existing universities can be improved and their standards can be lifted to world-class then Bangladesh’s new graduates would find themselves in a better position to compete at the world stage and to take the challenges of the twenty-first century. All these measures are expected to serve the country’s interests in a better way. Hopefully, better sense will prevail.

Investment in the Bangladesh education system will be a huge boost up for the sector. The utilization of the allocated fund has to be done efficiently and effectively with the aim of upgrading the overall quality and standard of the primary education system in the country. Since our government departments are plagued with poor project planning and designing, particular importance has to be attached to project planning and designing. The government could even go for hiring professional experts from advanced countries for modeling a time befitting project. The primary education development program (PEDP-3) working paper should have been prepared by evaluating the successes and shortcomings of the primary education development program (PEDP-2). But the bad thing here is that evaluation of PEDP-2 has not been done yet. Providing laptops to primary schools is a good initiative which would help pupils become familiar with the use and functions of a computer. Also, each primary school should have a laboratory equipped with some educational devices along with training manuals to give students advanced exposer.

Launching a satellite is a time befitting initiative on the part of the Bangladesh government. It has become imperative for the country to have its own satellite as it grows economically and pursuing a more significant regional role. By launching its own satellite Bangladesh will join the club of nations having placed their own satellite in space thus enhancing the country’s international status. Having own satellite, Bangladesh’s broadcasting and telecommunication sector would grow much faster than the current pace. Entrepreneurs would be encouraged to bring in innovative information communication technology (ICT) services to the people which will generate employment in the country. People in remote areas would get easy access to information communication technology (ICT) related services which will contribute to rural economic and social development across the country. It would also open a new avenue to the export-oriented ICT sector. Various government departments would then initiate processes to bring their services to the people’s doorstep through the use of ICT.

Another important point is resolving water sharing issues for common rivers between Bangladesh and India has become the most pressing need for Bangladesh. Many of the Bangladesh rivers have entered the country from India. Diversion of water is having an adverse impact on the Bangladesh river system resulting in drying up of most of our rivers and losing their navigability. Considering the magnitude and complexity of water sharing disputes it might not prove viable for Bangladesh to go one by one even those on an interim basis. The issue needs to be brought under a larger framework agreement on the model of the ‘framework agreement on transit’ that would guarantee a long term solution instead of interim one. In any deal, the country’s best interests have to be ensured. If the government fails to preserve the country’s interests in bilateral negotiations it should take the issues up to the UN or other relevant international organizations.

Finally, security has long been the defining force behind international relations. Economic interest is another important thing that also plays a major role in international relations. The first and foremost priority of a country has always been to ensure its security and sovereignty. Any country which cares about its people’s feelings usually tries to do everything in its capacity to address any external or internal threat to its security. If peoples of a country feel insecure, then that’s bound to have an adverse effect on the country’s economic security and prosperity. So, to secure economic interests a country had to maintain a modest military force. There are many instances around the world where security-related disputes holding back economic co-operation between countries. Throughout the history of mankind military power has been considered as a vital element of securing economic interest. Most of the military conflicts of modern times have an economic dimension which usually kept under a veil by one or other pretext to ensure support behind waging a war.